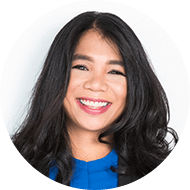 Angela Serranzana, Esq. has been representing clients in judicial and administrative proceedings in the areas of employment and labor law since 2005.

Ms. Serranzana began her legal career in Washington, D.C., as an associate at Guerrieri, Clayman, Bartos, Parcelli & Roma, where she specialized in bankruptcy and labor law.  She moved to Los Angeles in 2010, and, prior to joining Hackler Flynn & Associates, was an associate at Reich, Adell & Cvitan, where she specialized in labor & employment law, as well as education law.

Ms. Serranzana graduated from Northwestern University in 2002 with a B.A. in Political Science, and received her J.D. from Georgetown University Law Center in 2005.

Your html code will go here

DISCLAIMER:  Content on the website should not be considered legal advice and is for information purposes only.  Communications made through the website do not create an attorney-client relationship. Hackler Flynn and Associates is not responsible for any content that you may access from third-party resources that may be accessed through or linked to this website.  Hackler Flynn & Associates is only licensed to practice in California.